What are the issues of this year elections?  Who are the candidates? 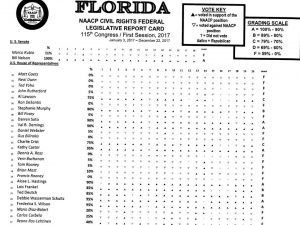 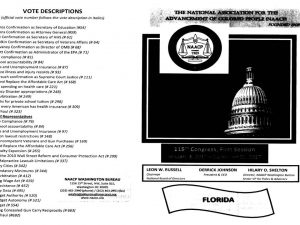 Please forward the following email to all our members and progressive friends in allied organizations.

At last night’s meeting, I encouraged everyone to meet Sanjay Patel. Following are several events where you can do that.

Sanjay Patel is running against Bill Posey for the US House of Representatives in Florida’s 8th congressional district (Brevard, Indian River and a section of Orange County). Sanjay has been endorsed by Justice Democrats (JusticeDemocrats.com) because he is not taking corporate campaign contributions, and supports a Justice platform. Being a Justice Democrat means that after he’s elected, Sanjay will become a member of an Anti-Corruption congressional caucus dedicated to getting corruption out of our political system. This is the only way we can level the political playing field and allow our country to become a democracy that is truly by, of, and for all the people, not just the billionaire Koch Brothers donor network.

This election is our opportunity to stop the rich white male supremacist agenda from causing even more damage and suffering. It’s our moral responsibility to do all we physically can in the next eight weeks to get out the vote for social, environmental and economic justice for all. Please commit to canvassing with us for the next two Saturdays in September, plus every Saturday in October, and the first Saturday in November. That’s only 7 days out of your life. That’s not too much to ask for the future of your country.

To volunteer, please reply to this email, or the email I sent you on Friday, call, or text me. Do your part to rise up and secure a safe, happy and healthy future for your grandchildren. They deserve no less, and will correctly hold you responsible if we fail to clean up the mess we caused by failing to vote two years ago, which allowed a narcissistic demagogue to win the Electoral College. This is what happens when fair-minded people fail to stand up for themselves and each other.

If you are able to respond, then it’s your responsibility. This isn’t a drill. This is the bottom of the ninth inning.

“The midterm elections are the last obstacle to Trump’s consolidation of power—and the greatest obstacle to voting is the feeling that it doesn’t matter. …The disappearing Democratic voter also had an effect on the latest Presidential election, when, for example, African-American turnout dropped almost five per cent from 2012—a crucial difference in the three key states that gave Trump the Electoral College.” All That’s Left is the Vote, The New Yorker magazine, August 6 & 13, 2018 issue.

Last December, the Republican-controlled US Congress in Washington, DC gave two trillion dollars of taxpayers hard earned money to wealthy Americans and corporations, including The Trump Organization, by cutting corporate tax rates and calling it, “tax reform.” Knowing that this would be very unpopular with the majority of Americans, they lied and told us the tax cuts would “trickle down” to the middle class in the form of higher wages in our paychecks. Wages have been stagnant since the 1970s. Republicans have been telling us that same old lie since the 1980s, when Ronald Reagan was president, and corporate tax cuts were passed to boost the economy.

Tax cuts for the wealthy don’t boost the economy. Tax cuts Republicans give to corporations NEVER trickle down. Corporate executives keep the extra money for themselves, reinvest it in their companies, or give it to their stockholders and investors. They don’t raise employees’ wages. They let money make money for them by earning interest. As a result, the rich are hording money while they wait for Republicans to abolish the estate tax so they can pass it all down to their children when they die.

Meanwhile, the middle class is shrinking, and low-wage workers must work two or three low-paying jobs to support their families. The only way to permanently grow the economy is to give middle-income and low-wage workers a tax cut. Then, we will spend the extra money, which will boost the economy. Why don’t we get a tax cut? Why do politicians pass laws they know will hurt the majority of voters? Because they know the majority of voters don’t vote. We must surprise them this year by voting them out of office.

The rich pay their politicians to pass laws that benefit the rich. The rich donate to candidates’ campaigns, and to Political Action Committees (PACs), such as Citizens United, that produce and broadcast negative campaign ads to discredit their opponents. This allows politicians to keep getting re-elected to Congress in exchange for passing legislation that further enriches their corporate donors. This is the reason it’s important to ignore ALL negative campaign advertising that’s not approved by a candidate. It’s not approved by a candidate because it’s paid for by a PAC. (Please read my article in last month’s edition for more on that topic.) This is another vicious cycle that will stop when we vote for Clean Candidates, not corporate candidates.

What is a Clean Candidate?
1) Refuses to take Corporate Donations – Clean Candidates refuse to take corporate campaign and PAC donations because they are legal bribes, which result in tax cuts for corporations, not working Americans. Merriam-Webster Dictionary defines “profiteer” as, “one who makes…an unreasonable profit, especially on the sale of essential goods during times of emergency.” Synonyms are racketeer and exploiter. American corporate exploiters include the following industries: Health care, pharmaceuticals, fossil fuels (coal, oil and natural gas), chemical manufacturing, food production, charter schools, private prisons, gun manufacturers, etc. These industries all make a profit because of, or in spite of, the harm they inflict on others. A prime example is the National Rifle Association (NRA) PAC. They only donate to candidates who refuse to pass gun laws requiring universal background checks. The majority of voters want gun laws requiring universal background checks.
2) Incorruptible – Not motivated by money. Clean candidates have different priorities. They are motivated by a desire to help people by voting for public interests. Public interests benefit all Americans equally. Private interests benefit the wealthy. The wealthy don’t need public services because they already have a giant cushion of money to fall back on if they suffer a health crisis or accident. However, Republicans also want to deprive middle income and low-wage workers of physical and economic dignity. If we suffer a personal financial crisis; such as a job loss, health crisis or accident, we have no giant money cushion. We fall hard, go bankrupt and can’t get back up. Those of us with a social conscience know it’s immoral to walk away from someone who needs help. As members of the same human family, we’re obliged to help others when they’re in need. It’s part of the human social contract that is the foundation of civilized society. In August and November, vote for your own moral principles by voting for Clean Candidates.

3) Puts People above Political party. If a candidate or elected public official takes campaign donations from their political party, and their political party takes corporate donations, then the candidate is effectively bribed by corporations through their political party. In order to understand the corrupt relationship between corporate lobbyists, political parties, and elected officials, visit https://Represent.Us/ – scroll down and watch two five minute videos called, “Corruption is legal in America,” and “Here’s a plan to fix it.” After working on Capitol Hill in Washington, DC, I can attest to the fact that the videos accurately describe how corporations legally bribe our elected officials in order to pass legislation that benefits the super-rich, like corporate tax cuts, and harms the majority of Americans. As the rich have gotten richer, our wages haven’t even kept up with inflation.

Good News! There’s a nationwide movement to retake our government for the public interest, which is the majority of ordinary working Americans, like us, not wealthy private interests. Candidates who refuse to take campaign donations from big corporations are winning primaries in other states. There are two nationwide organizations who are helping Clean Candidates win; Justice Democrats (www.JusticeDemocrats.com) and Brand New Congress (www.BrandNewCongress.org). In order to be endorsed by either of these organizations, candidates for US Congress and Senate must agree to their anti-corruption platforms, which you can read on their websites. The most important platform plank requires the candidates to work for the passage of the Anti-Corruption Act after they are elected. The Anti-Corruption Act (https://anticorruptionact.org/) would make bribery of elected officials illegal. It would also fix the problems caused by the Supreme Court when they decided corporations are people, and can give unlimited political donations to groups like Citizens United. In August and November, vote for Clean Candidates endorsed by Justice Democrats and Brand New Congress. The candidates they endorse are listed on their websites.

The Florida primary election is Tuesday, August 28. Early voting begins Saturday, August 18 and ends the following Saturday, August 25. If you’ve requested a Mail-in Ballot, mark your ballot, then seal, sign and mail it, or drop it in one of the ballot boxes at an early voting location. Wait a few days, then confirm your ballot has been received by the Supervisor of Elections Office. Your Vote Matters! Vote for Clean Candidates! Protect Your Vote!

For more information and early voting locations – Call the Brevard County Supervisor of Elections (SOE) office, or go to:

This series of articles about Debunking the Money Myth will continue next month. Email your questions about the 2018 elections to RJEkeroth@gmail.com.

Send check or money order to: